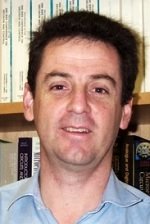 Introduction:
This project is motivated by experience at the University of Newcastle in participating in the Robocup International, Four Legged Soccer competition. In this competition, to the proposers knowledge, practical algorithms for development of
passing behaviours, whilst highly desirable, have not successfully been implemented. Previously, limited sensor information and kicking accuracy have restricted the ability of teams to develop higher levels of cooperative behaviour. It is now recognised that some of the lower level algorithms such as localisation and kick selection have developed to the point where higher level algorithm development is now needed. The proposed project tackles an important part of this in developing deliberate ball passing algorithms, both at a high level, and including relevant enhancements to lower level modules to facilitate this behaviour. The project will involve algorithm development, simulations studies, software implementation, testing and debugging on the Sony Aibos.

The Project:
The project requires the student to make and integrate developments in several areas. Firstly, the student will need to make enhancements to the decision making and kick execution in the passing robot. This will involve the use of potential fields (possibly single dimensional) for strategic decision making, plus behaviour development for obstacle avoidance and kick orientation, followed by new kick executions with improved control of distance and timing if necessary. The second area of work is in relation to the kick receiver. The student will design new algorithms for positioning prior to the kick being executed, and correction of position whilst the ball is in motion. The student will also be required to conduct testing, redesign, debugging and tuning of existing extended Kalman filter algorithms for ball velocity estimation. The student should also develop and test ball ‘trapping’ algorithms, capable of taking a moving ball, directly into a robot ‘grab’. The third area of work is in relation to the cooperation needed to effectively complete the ball pass behaviour. This will include communication between the robots to coordinate behaviour, and also communication to improve ball position estimation by incorporating timing and velocity information derived from the kicking robot.
The student will demonstrate the integration of these new algorithms in the existing software system to show deliberate team passing behaviour.