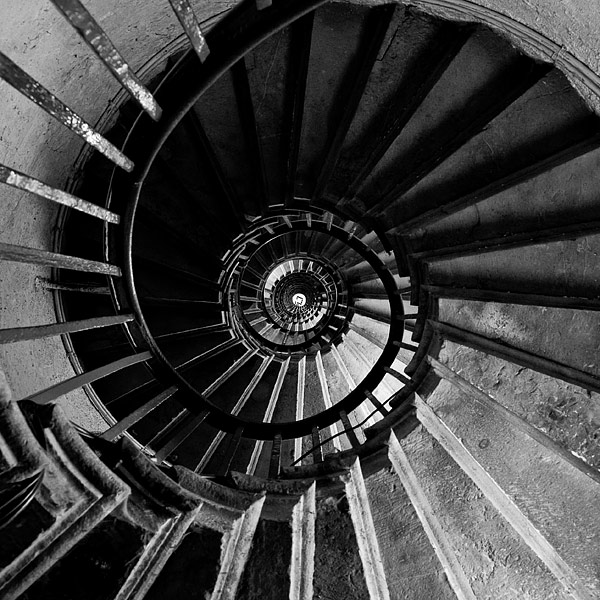 Let’s leave weirdness behind and move on to shape. Here’s a photo that I took on my trip to London last year in the entrance of the Monument of the Great Fire of London (bit of a lengthy name, that).

As with most stair cases, it’s fun to shoot straight up when you’re at the bottom of them. So out I took my bean-bag, put the camera on it and shot straight up. This was actually on top of the little booth where you pay the admission, so the dude inside it gave me an annoyed look when he got up to see where the noise above his head came from ;-)

Luckily enough the first shot was good enough — well exposed and, by total chance, perfectly aimed. So the rest was just a bit of cropping, B/W conversion (with emphasis on the greens, giving most contrast in the picture) and sharpening.