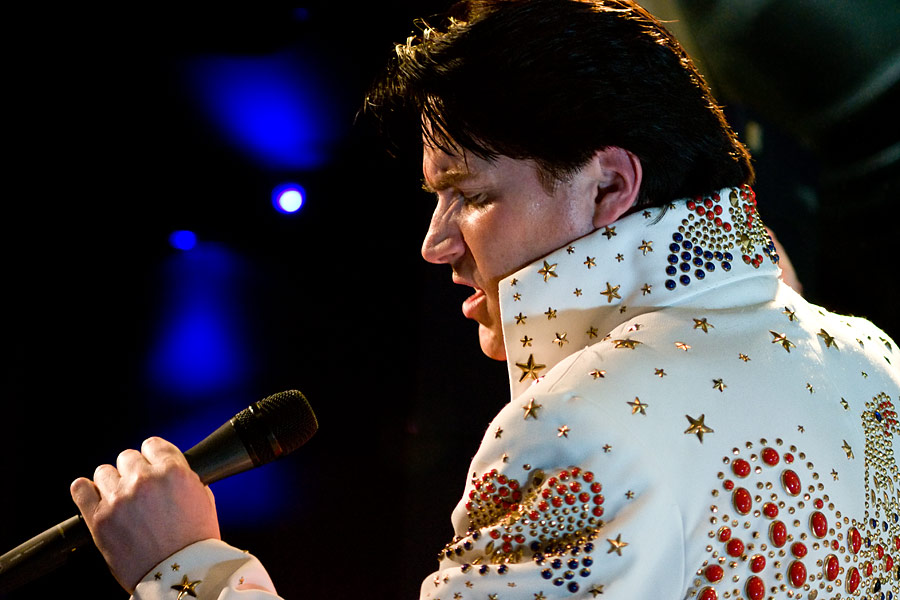 This time, it’s all about event photography. Last year the Gospel Choir (which I’m part of) had a gig with two impersonators (Elvis, and Tina Turner). During the bits where we sang with them (photos here) I got the chance to take some photos myself of those two professionals doing their job — great singing, and dancing, and looking like the original.

Being part of the “crew” I could pretty much go anywhere I wanted during the show, which also means backstage. That’s how I got this nice angle. Obviously I had to shoot wide open with a fairly high ISO to avoid too much motion blur in those lighting conditions. Again, the burst trick really helped to get some crisp shots. Another benefit of this technique is that you usually get a lot of funny faces when someone is singing (or talking for that matter), so getting several shots in a row allows you to select the nicer ones ;-)