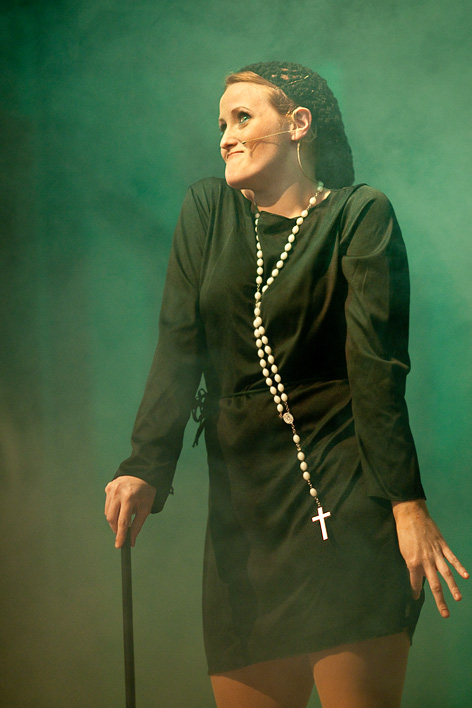 Here in Ireland so-called “Pantomimes” seem to be a bit of a Christmas tradition. In any case, the Drama and Musical Society of the small little town next to Maynooth appears to be quite famous in the country, having won several prices for their stage productions. And rightfully so, I must say — I was blown away when I went there on Saturday to take some photos.

The story was an adaptation of “Robin Hood”, with a somewhat different storyline, tons of great little jokes and gags, but still very well staged so that small children would also be able to understand what’s going on, as a panto is meant to be for the whole family. The music was brilliant and the band was amazing too. My good friend Eimear did a great job there, as musical director of the production. (However, I still don’t quite understand what makes pantomimes so much different from musicals.)

With regards to photographing the show, three things were most important: Bright lenses, tons of memory, and a tripod. Clearly, bright lenses were needed to achieve fast shutter speeds (dancing people never hold still ;-)) at not too high ISOs, memory cards as you want to be zapping frames like a madman (again to capture the best moment when people are dancing and acting, plus you want to be shooting RAW in those difficult lighting situations), and a tripot so you don’t get tired (my 70-200/2.8 lens + camera + battery weighs in at about 2.5 kg, something you do not want to be holding for alomst 2 hours…).

My best shots from the evening can be found here.