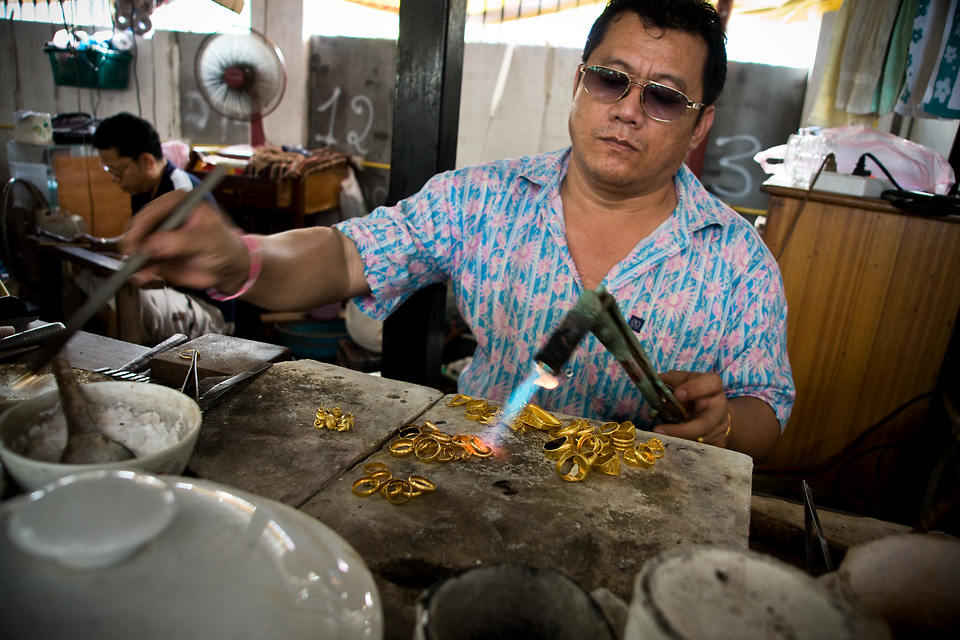 Here’s another photo from our South-East-Asia trip. The gist of today’s post: Ask first before you take a photo.

While sometimes it is not possible — or desirable — to ask a person for permission before taking their photo (e.g. when the person is too far away, or when you’re going for candids, meaning you want to capture the “natural” situation, without the awareness that a photo is being taken), it should be done as often as possible. This could be as little as making eye contact, smiling, pointing at your camera and putting a big question mark on your face, or as much as introducing yourself, getting to know the person and explaining why you would like to take a photo.

That way you’re not only being polite, but you also pay respect to the person’s private sphere and their feelings. Do take “no” for an answer. But more than often — you’ll be surprised — people will be flattered that you want take a photograph of them! Ask them politely, and be honest why exactly you would like to make them the main subject in your picture. For instance, let them know that they look great, interesting, funny, or that you are amazed by what they are doing, etc. It does take some amount of “courage”, but do give it a shot! And make the world a better place in the process ;-)

Coming back to the photo, it shows a gold smith in Vientiane (the capital of Laos); I just thought he looked really cool with his sunglasses and just the general expressing in face, doing his crafty job in the smouldering summer heat. And — he didn’t mind.