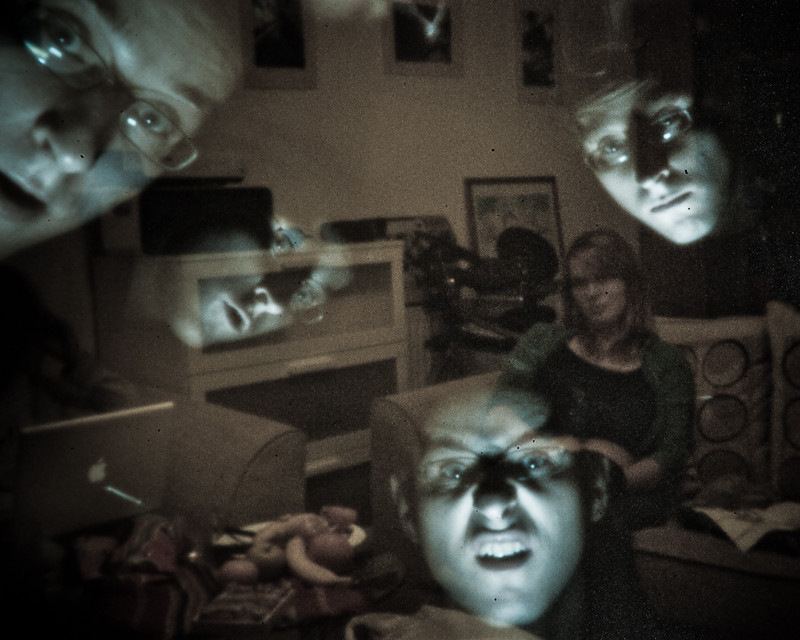 Whoooh… this one’s to toying around and experimentation….

It’s been a while since I played around with the idea of building a pinhole camera. The cheapest way to do this (if you happen to have a D-SLR) is to just buy a cheapo body cap for the camera (that’s a plastic cap that you can cover the front of the camera with if you have no lens attached) and drill a hole into that.

Now with pinhole photography, you need a very small hole to make the whole thing work. And the best way of achieving this is to actually put a larger hole into the cap (say 3mm diameter), and then stick some aluminium foil over the hole. Then you pierce the actual, tiny hole with a needle into the tinfoil. The cleaner, rounder, perfect the hole, the better the sharper image you get out of it. I’ll post a photo of my camera with the modified cap later on.

The funny thing with pinhole photography is that you have super small apertures (in the hundreds or two-hundreds!), which means two things: 1) pretty much infinite depth-of-field, i.e. everything is in focus, from right in front of the camera all the way to infinity, 2) very long shutter times (because of the small aperture).

The photo above was just some toying around in the living room, firing my flashgun into my face in a few different spots while exposing for about 20 s. It’s quite blurry, but I’ll have a few more attempts at piercing a better hole (some people actually use lasers for that!).