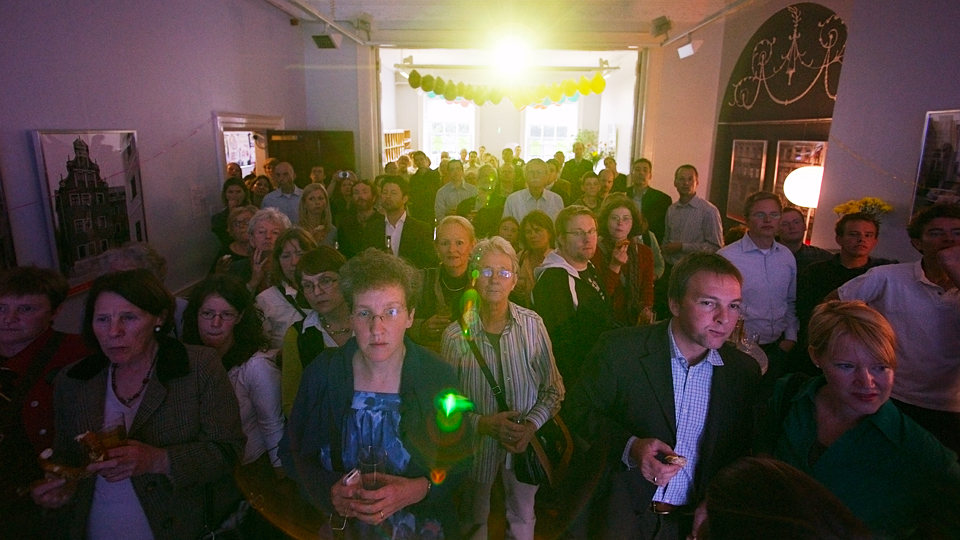 Everyone is trying to be different, in order to make a difference. As I’ve pointed out many times, in order to stand out, you should try to take photos from a different angle or view point.

Here’s a classical one: the rear-view. Instead of photographing the action, from the back, over people’s heads — photograph the people, from the front, watching the action. While we’re not talking video here, this kind of reminds me of those funny clips of tennis spectators watching a game and their heads turning left-right-left-right at the same time.

So this photo was taken at the “election party” for the German general elections two weeks back, organised by the Goethe Institute Dublin and the German Embassy (which has three of my photos from the event on their website). People were pretty much on the edge to see what the outcome would be (and rightfully so, general elections only happen every four years!), you could almost think they were watching a game of soccer…

It was a great evening even if things didn’t turn out the way I personally would have liked them to be (politically), especially with all the delicious typical German food on offer! So thanks to the Goethe Institute, the Embassy — and ultimately the German tax payer ;-)