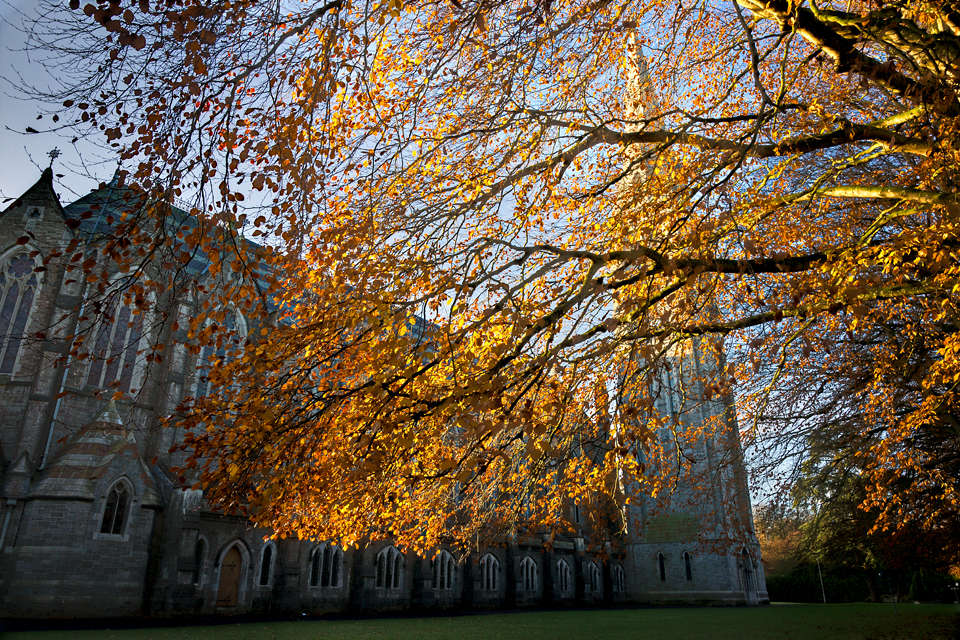 Apologies for slowly loosing track of what I’ve mentioned so far and what not, but in case I’m repeating myself — “Repetition is the mother of all learning”, or so it goes, right?

In this present picture, the wonderful lighting really brings out the colours in the leafs, which also contrast beautifully against the blue sky (remember, blue and orange are complimentary colours…) and the dark shadows behind the church.

Quite a lot of fill light went into this (to bring out the details in the cathedral too which otherwise would have been left almost black due to the high contrast in the scene) — all major photo editing applications allow you to do this. However, as I keep saying, you have significantly more leeway for such manipulations if you shoot RAW.