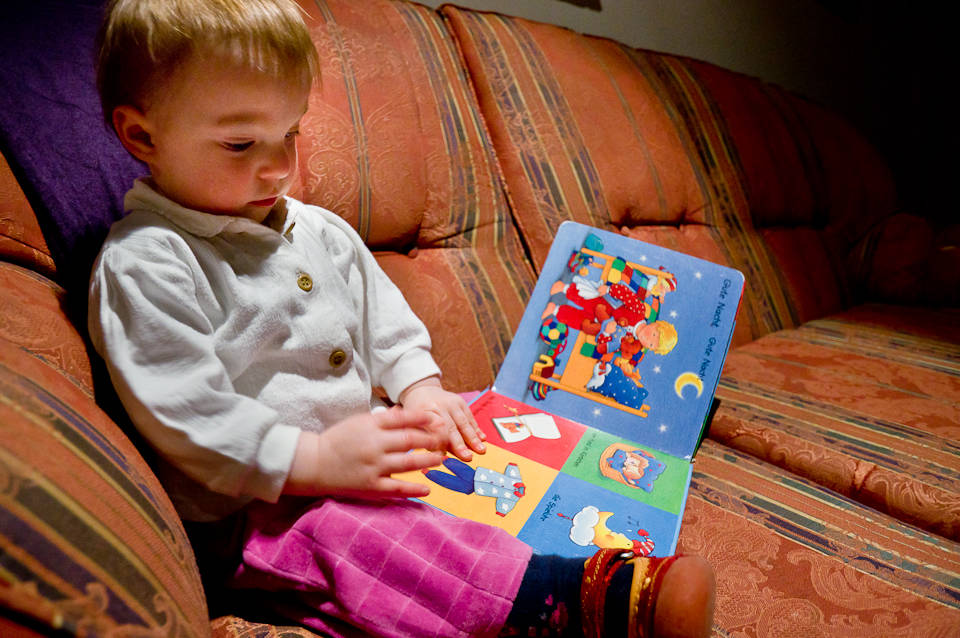 Here’s another weee trick that I came up with a couple of years back (but I’m sure other people must have discovered this too).

I stated earlier that it’s usually great fun to use wide angle lenses to photograph your little ones. It requires you to get in really close (otherwise the kid would be lost in the image) which in turn gives a great sense of “participation” or “immediacy” potentially leading to some captivating shots.

But there’s a problem: The corners of the image get stretched the more wide angle you go. This can lead to some rather unappealing distortions the further your subject (or parts of your subject) is away from the image centre. Have a look at this image for instance, which is the unedited version of the picture shown above. Yuk!

That said, fret not, there is a fix: The fisheye / barrel distortion. In LightRoom/Camera RAW just go to the lens correction section and play with some negative values in the “Distortion” field (in the manual tab). For instance, in the image at the top, I used -60 — and I think it looks much better than the original! If you didn’t shoot raw, you can still do this in Photoshop using the built-in Lens Correction plugin, or, alternatively, fiddle with the “Spherize” effect (or whatever it is called in your photo editing software).

As always, there are some downsides, mainly two. Fist, you lose some of the wide-angled-ness (again, compare the above shot with the original), and it’s a question of taste whether the artificially introduced distortion is acceptable (this is not very obvious here, but it will be much more noticeable when you have straight lines in the image).