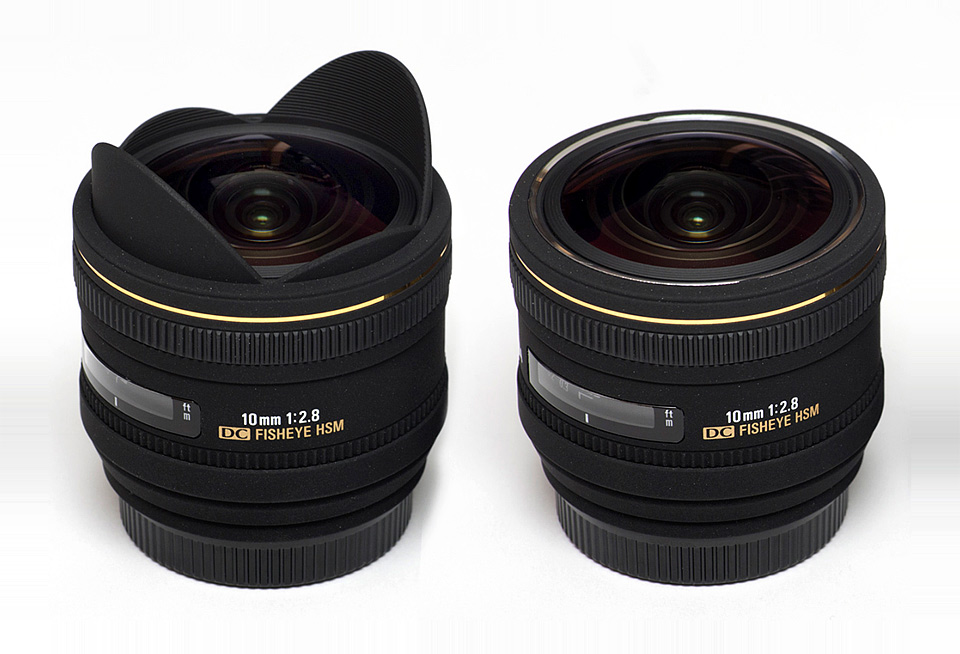 Why would you wilfully ruin the warranty of a lens? Well, if you’re mad into panoramic photography, that’s just the thing to do.

I’ve stuck for a good while with the Peleng 8mm, but have now upgraded to the Sigma 10mm F2.8 fisheye as I was fed up with removing the lens flares in my images. The 10mm is a very good and still relatively affordable lens compared to the Peleng (a good bit sharper and virtually immune to lens flares). Sadly, it has a fixed lens hood (as it is designed for crop sensors). That means, although the lens produces an image circle that is almost ideal for panoramic photography (on a full frame sensor), the built-in lens hood blocks crucial parts of the image circle — in particular the areas that, with the camera in portrait mode, capture the vertical up- and down areas of the image.

So, some gentleman from Germany by the name of Tobias Vollmer has made a small side business out of professionally shaving those pesky lens hoods (there are several lenses that have this “issue”). Here’s his website. For a very reasonable 50 EUR he’ll do the job — including the promise that if he accidentally ruins the lens, he’ll replace it. And, what shall I say, he did a very good job, with a very quick turn around time (less than two weeks, and that’s shipping to and from Ireland). You can see the before and after above.

I’ve also prepared two comparison shots to show you the effect of the shaving. So, while you get a 180° field of view with the lens before the shave, this only holds true for the diagonal of the image. After the shave, the 180° area is a good deal larger, but — most crucially — includes the zenith and nadir (vertical up and down). With the lens shaved, I can again get a full 360×180° pano with as little as 4 shots. Yay!

Also, since the lens is a 10mm lens I get a slightly larger final output size, and, as I said, the per-pixel quality is much better as the lens is just much sharper everywhere.