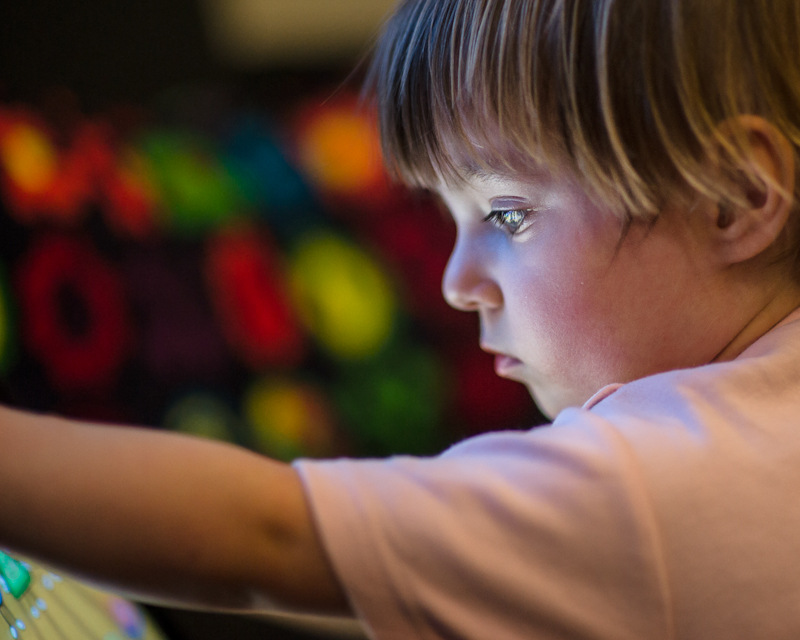 Sorry for the long radio silence, but as many of you may know, I’ve just moved to Newcastle, Australia. Anyway, never promise anything, but having pretty much settled now after probably 3 months of nomadic existence, I’ll try to get back into posting more regularly.

Today’s topic is relatively straightforward. Creative sources of light. If you are lucky enough to have some really bright glass and a camera that isn’t too shabby at higher ISOs (but which camera today isn’t?!), you may actually consider some digital device as light source. I’ve done this a few times already, and it usually turns out quite nice: In darkish, natural light surroundings, capture someone looking at a lit screen.

This beautifully illuminates the face, but rather locally and from a different direction than your regular on-camera flash would do. While you will typically have an issue with mixed white balances (the screen being cold, “blueish”, and the surroundings warm, “orangish”), this should not worry you. That’s just the way things are! But if it does, simply convert your image to grayscale.

As I mentioned above, you’ll usually need some “bright” lenses (i.e. with a nice, wide open aperture of ƒ/2 or below, so small ƒ-numbers) and a cranked up sensitivity (ISO setting). Then: Patience and careful focussing, as with the shallow depth of field and generally little available light for your autofocus sensor to work with you might need a few shots to get in focus what you want (classically the eyes of the subject).

If you want to take this whole idea one step further: There’s an app for that…