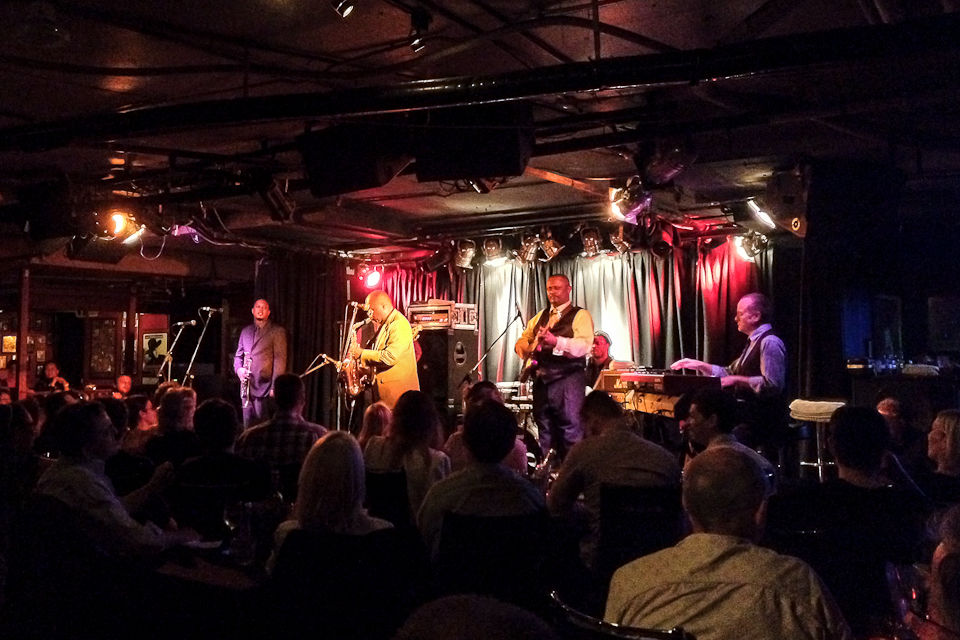 Sorry, just have to get this rant off my chest.

To Whom it May Concern,

My name is Florian, I live in Newcastle and I went to the Maceo Parker gig last night.

While the music itself was massive (as I expected) the running of the event itself was a huge disappointment and source of frustration: As you can imagine, it is a bit of an involvement driving 2 hours (and another 2 hours back after midnight) from Newcastle, paying for petrol, parking and of course the ticket, and then only have the artist play a mere 55 minutes, without any encores, but with some audacious person asking everyone to leave as quickly as possible.

I assume we pretty much just got to see the “first half” of the gig; with another set of fans having paid for the “second half”. Which is of course a very lucrative way of going about things (I don’t believe that Maceo Parker or his band are stuck for money, so I guess it must have been your idea to sell two sets of tickets for the evening).

In any case, this was the first time I went to The Basement (I have just moved to Australia), and I was very much looking forward to it. But please rest assured that it will be my last time too. If this is how you treat your customers I can only warn people of your business ethics.

Update: To my big surprise, this wasn’t the end of it. Might have to reconsider my opinion. Check out their response:

[…] I’m sorry that you’re still feeling unhappy about the gig, and wanted to reach out to you as well – in the last month, I have taken on answering feedback that comes in from the website. Usually, it’s great, but every so often we find out that something has gone awry, and we do what we can to rectify the issue.

First up, again, let me apologise for the confusion that lead to you missing the second show. We endeavoured to do everything we could to make sure that it was a smooth experience for all involved, and I’m sorry to hear that it wasn’t a flawless process. The night in question, our online ticketing system was down, which meant that the door person was unable to check the sales manually, and had to rely on the paper print outs that were given to her as patrons entered. I imagine this is why you why you were given the information that it was first come, first served – as a disclaimer in case there were not enough tickets remaining, which we were unable to check in advance that night. To the best of my knowledge, everyone who queued made it back in, but that’s little comfort to you now, I know.

The decision to run the late night shows was actually made by neither Maceo directly, nor by The Basement, but by BluesFest, the promotor for Maceo’s tour. It was made when the first two shows sold out so quickly, proposed as a solution that might also allow those with other commitments to catch Maceo, and to give those who wanted a dancefloor experience that opportunity. The intention was truly to give more fans the chance to experience the music.

It’s the first time that we’ve tried running double shows on the same night, and it looks like we still have some fine tuning before we can look at doing it again. While I can’t rectify the experience you had on Saturday, I would truly love the chance to change your perspective of The Basement by offering you a double pass to a gig of your choice, on us. Availability withstanding, take a look at the program, and when you find something you like the look of, let me know.

While it may not have come across this way on Saturday, The Basement cares deeply about giving its patrons a unique and exceptionally high standard of experience. I hope we can show you that on your second visit.[…]