Anyway, I hope to show off a few of my panos here, and maybe write a word or two about them. I worked out a way of conveniently embedding the panoramas from pano.ie in here.

The one below was shot a couple of months back in Tasmania. It was my first handheld HDR pole panorama, so a panorama created with my high dynamic range workflow (based off ±2 EV brackets), and shot from a Nodal Ninja Travel Pole.

More details about the panorama here. 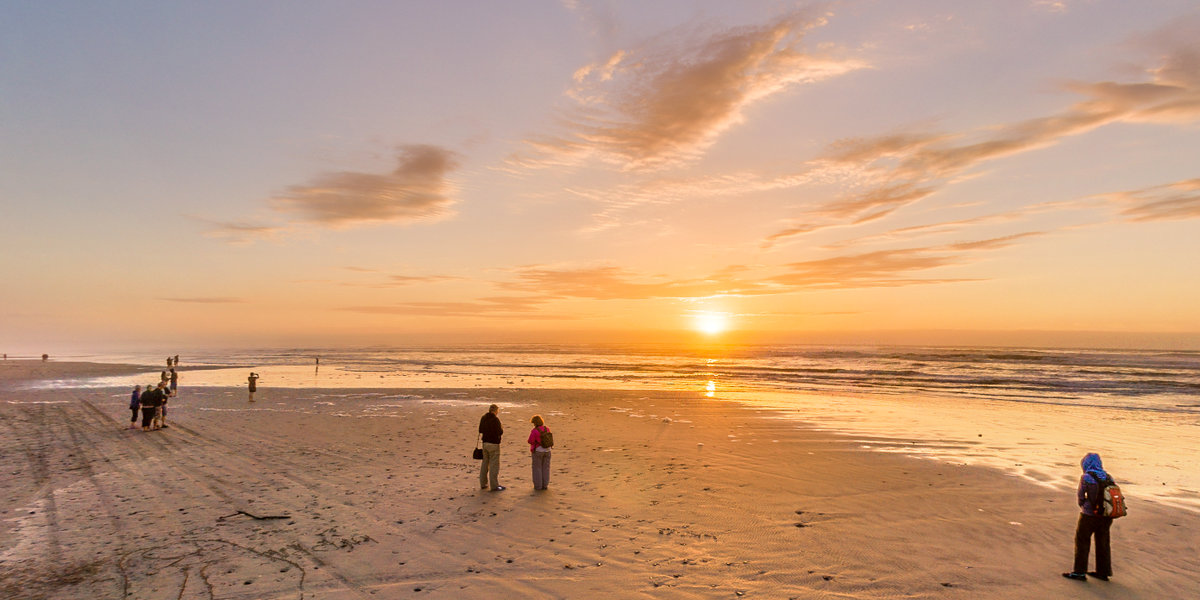 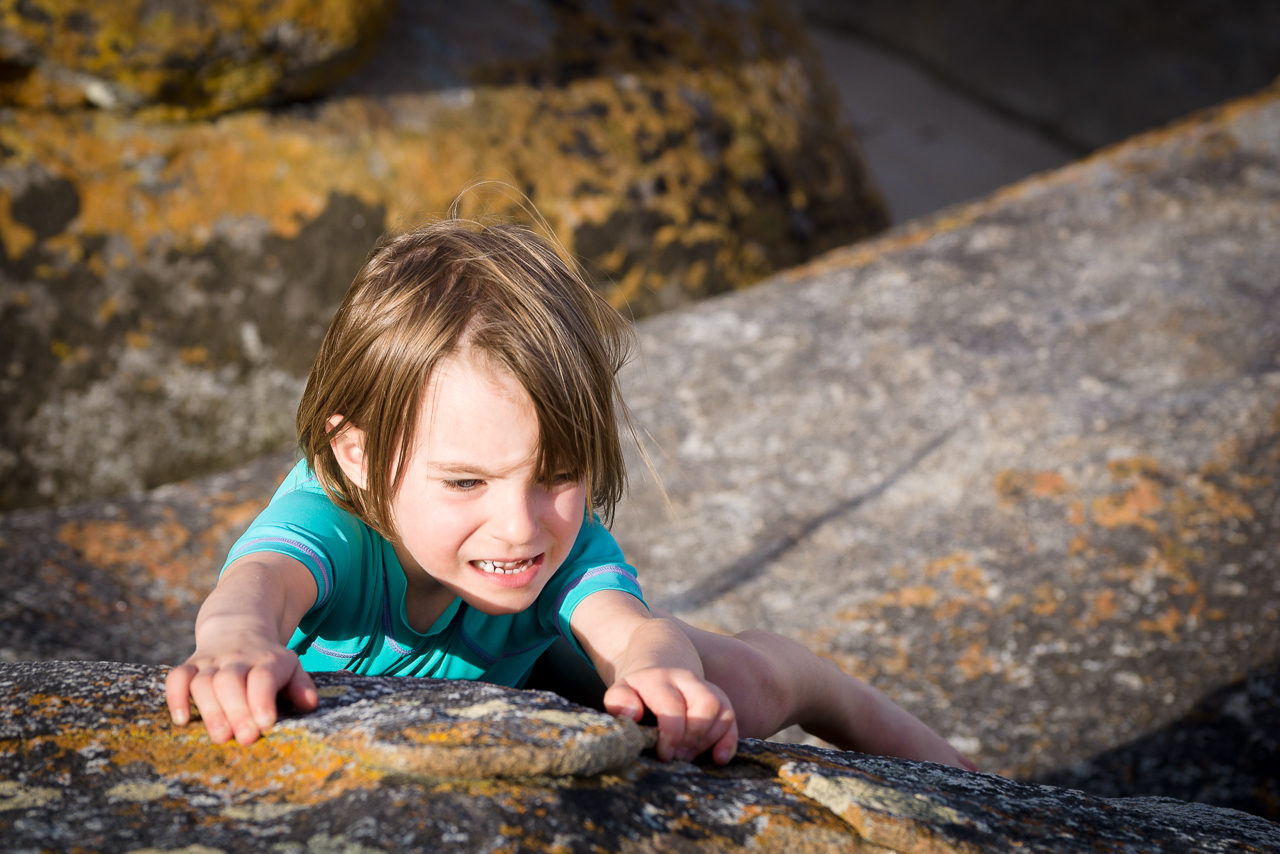 I can’t emphasise enough how important it is to look for different perspectives. We’re more or less always looking straight ahead, or at least at eye level. So photos like that won’t show any crazy new ideas.

It’s often when you look straight up, or down in this case, that your images will become more interesting.

In the image here I wanted to grab Sophie’s determination when it comes to climbing something. This steep down perspective here one the one hand gives context (in fact, it gives the illusion of her being meters above the ground), and on the other shows her face and expression much better (when you climb, you typically look up…).

Anyway, I hope this gives you some incentive to check for “different” angles next time you grab your camera.

Here’s part 8 of my panoramic photography tutorial series over on YouTube. This tutorial is all about HDRi techniques and how they apply to panoramas. Or rather: how you can work around the main pitfalls when trying to tone map stitched 32 bit panoramas. 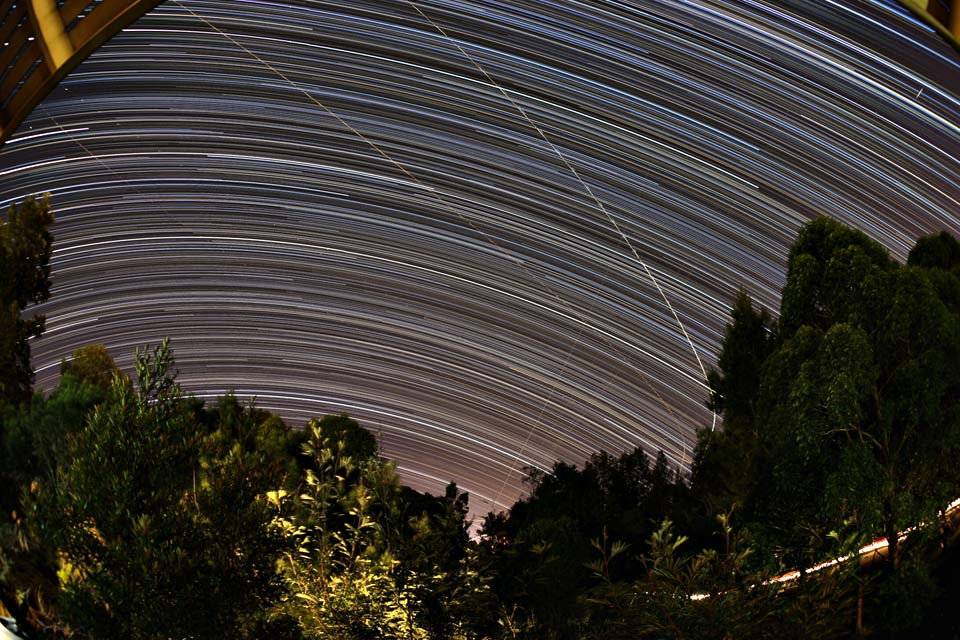 Here’s a shot I took, erm, a year ago, playing around with ultra long exposures. Or, to be more precisely, simulating an ultra-long exposure by stacking many individual exposures.

On the shooting side, I simply set my camera to manual mode, 30s exposures in continuous drive mode and used a lockable remote release to fire off one shot after another (having disabled the dark-frame subtraction function as missing out 30s between each exposures produces ugly dotted lines rather than smooth trails).

Then, to “merge” the images, there are a fair few programs available. A well working, free and cross-platform one would be StarStaX.

As you can see in the little EXIF table below, this slightly confusing and anything but pretty photo was taken over the course of 11 h, out the back from our bedroom balcony. A bit of math tells you that’s more than 1300 exposures, all in the spirit of experimentation…

Apologies regular readers, it is most unlikely this is going to be of any interest or even use to you, but I just wanted to jot this down for posteriority.

If you are lucky enough to have access to a Photron Fastcam and have run into performance issues, make sure you enable Jumbo Frames on your network interface and in the Fastcam Viewer software (see e.g. here).

However, this recently stopped working for me, and it turned out that although I was setting the Jumbo Frames / Jumbo Packet settings in the Windows control panel as instructed, this was not actually set in the network adapter itself. Only after resorting to some command line action I managed the setting to be actual used, and things worked again with the usual performance.

Here’s what I used (thanks to this blog post for spelling it out):

To see what interfaces you have on your computer, type

To change the MTU, type

Local Area Connection is the name of the network connection on your computer, from the list obtained above, and nnnn is the desired value for MTU.

Reboot after making the change.

An MTU size of 9014 did it for me, and it worked straight away without rebooting.

Here’s part 8 of my panoramic photography tutorial series over on YouTube, where I discuss shaving the lens hood off certain fisheye lenses (like the first version of the Samyang, Walimex, Bower, Polar, Falcon 8 mm Fisheye, Tokina 10-17mm Fisheye, Sigma 10mm or 15mm Fisheye or the Nikon 10.5mm Fisheye) and my experience when I did this scary operation to my own and at the time brand new Sigma 10mm Fisheye…

Here’s part 8 of my panoramic photography tutorial series over on YouTube. Here’s a quick and dirty trick to cover your messy nadirs: mirror ball tripod caps, as they are usually referred to. They are super easy to make, so here’s a quick how-to. 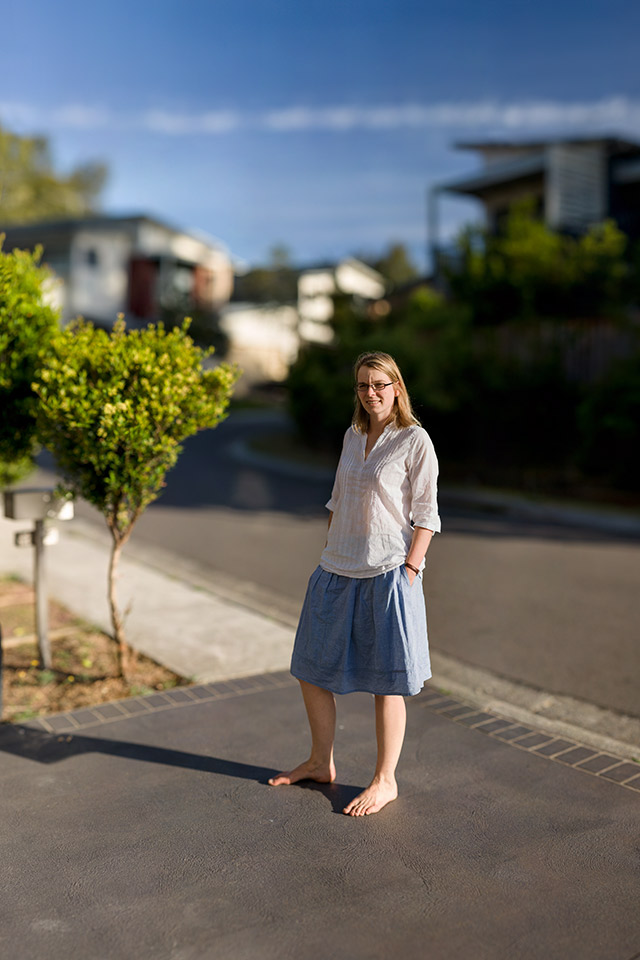 I meant to write a post about the “Brenizer method” for a fair while now, but never got around doing it. Anyway, what are “Brenizer panoramas” or “bokeh panoramas” as some people like to call it?

The idea is to create an image that would be pretty much impossible to achieve with a real lens. Like the one above, which has the look (according to this calculator) of a 30mm ƒ/0.4 lens. Some say, ƒ/0.5 is the limit of what’s physically possible, so that’s something, hey? Also, since you combine the images, you will get a very high resolution result, which, downscaled, will just be super sharp.

Anyway, such images are produced by shooting with a long focal length and wide open aperture to achieve a super shallow depth of field, but then stitching many such images together to get a wider angle coverage of the subject. You can use a panoramic tripod head if you want to be precise, but for speed you probably have to work handheld. The above shot is the composition of about 60 shots taken with a 135mm lens at ƒ/1.8.

It can be tricky to put the images together, and neither Photoshop CS6’s Photomerge nor PTGui did a good job with this one here (half the shots could not be linked automatically, in particular those with mostly blurry parts). Thankfully, Kolor’s Autopano Pro did a better job, and even if 10 or so images were not automatically linked, I could manually add control points fairly quickly to eventually tie all the images together sufficiently. Then, I exported it as a Panotools file, which I could then load and finish off in PTGui (which I am much more familiar with and have a license of). Here’s what the project looked like before exporting and cropping.

Since bokeh (the out of focus bits) will be very prominent with this technique, you really want to use a lens that is known for good quality bokeh. Also, choose a nicer background than I did for this test (night shots with distant background lights work particularly great).

Here’s part 8 of my panoramic photography tutorial series over on YouTube. I often get asked “Can I use camera X and lens Y to shoot 360×180° panoramas?”, as well as “Does it make a difference if I use a wide angle or fisheye lens?”. Here’s what I usually answer to those types of questions… 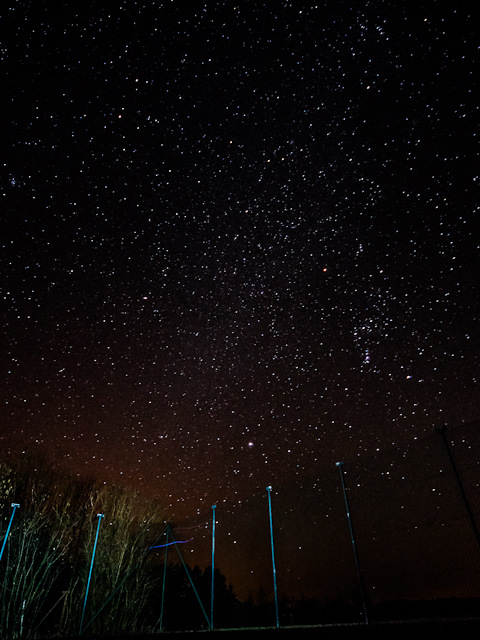 Here’s one of my last photos from Germany, a bit of night sky. Steffi‘s family home is out in the country side in Germany (me being a city boy), so whenever I go there I just love the silence and clarity of the sky at night.

On our farewell trip back in Winter, when it was about -10°C, I decided to take one last picture of the night sky, since where we were going would show completely different constellations (not than I know much about it) and there’s no harm in risking a cold just before embarking on a big trip…

Lacking any special photo gear, I shot this with my camera and wide angle lens laying on the ground, with a kitchen towel as support. I then used my cellphone to light paint the fence and bushes a little bit for reference, and to get some extra colour into the image beyond the faint orange background glow from Jerichow. By light painting I mean running around like mad man, continuously waving the phone screen in front of my body, at the same time trying to block the camera from seeing the phone light directly (there was a “light leak” though as you can see by the horizontal line in the corner of the fence).

Hoping you like the dense night sky, best wishes from Australia again! This blog is coming a bit full circle now, since I started it right here in Newcastle over six years ago!