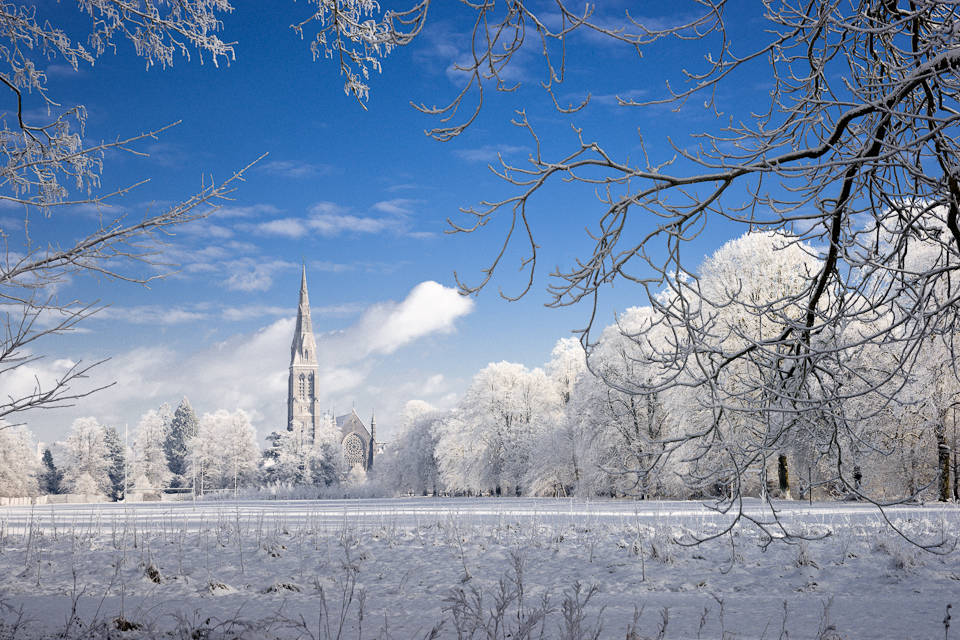 While cyclone “Daisy” has large parts of Europe in its icy grip, Ireland is going “tits up” (as a dear friend from Manchester would phrase it) with even the University postponing exams (can you believe it!!), myself and many other people thought — hey, this is a great photo opportunity. Let’s take some photos while it lasts.

So hoping to make the 2010 NUIM Christmas Card again I grabbed everything I needed and went for a little photo tour of the South Campus.

I’ve talked about snow photos before, so not too much to added apart from don’t forget the exposure compensation (I’ve seen plenty of muddy grey snow pictures floating around in Facebook again) and if you want to be fancy — use a polarising filter to blue-e-fy those skies. Or imitate the effect it in post-processing if you can’t / don’t want to use one. Do that in your favourite photo editing application by darkening, selectively, the blue channel.